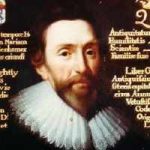 antiquarian who founded the Cotton library. He proceeded to Jesus College, Cambridge, where he graduated BA in 1585. Cotton was elected a Member of Parliament for Newtown, Isle of Wight in 1601 and as Knight of the Shire for Huntingdonshire in 1604. elected to Parliament for Old Sarum (1624), Thetford (1625) and Castle Rising (1628). Cotton supported the claim of King James VI of Scotland to succeed Queen Elizabeth I on the English throne, and after the queen’s death was commissioned to write a work defending James’s claim to the throne, for which he was rewarded with a knighthood in 1603. The Cottonian Library was the richest private collection of manuscripts ever amassed. Of secular libraries it outranked the Royal Library. He married Elizabeth Brocas by whom he had a son: Sir Thomas Cotton, 2nd Baronet (1594–1662)[8] who married Margaret Howard by whom he had a son Sir John Cotton (born 1621). Wife: Lady Elizabeth Brocas 18 May 1573 – 18 May 1657 grandmother Hayley Side

He was the only surviving child of Sir Robert Cotton, 1st Baronet, of Connington and Elizabeth Brocas. He graduated B.A. at Broadgates Hall, Oxford in 1616. In 1624 he became Member of Parliament for Great Marlow.[1]Sir Thomas was the intimate friend and correspondent of Sir John Eliot, and was entrusted by his influence with the representation of St Germans (Eliot’s native place) in the third of Charles I‘s parliaments. He was M.P. for Huntingdonshire in the Short Parliament of 1640, but took no active part in politics or the civil wars. His house at Westminster was left at the disposal of the parliament, and Charles I slept there during his trial. Cotton died at Connington on 13 May 1662, and was buried with his father. WIFE IS Margaret Howard 19 December 1593 – 3 March 1625  •  99TC-MP1 ​Grandmother Hayley Side