McGee Side Born in Scotland

1550 – 3 April 1617  •  L4T3-9Y7 ​ grandfather Gilbert/McGee Side   was a Scottish landowner known as a mathematician, physicist, and astronomer. He was the 8th Laird of Merchiston. John Napier is best known as the discoverer of logarithms. He also invented the so-called “Napier’s bones” and made common the use of the decimal point in arithmetic and mathematics. attended St. Andrews.

Memorial to John Napier in St Cuthbert’s Church
List of works:  (1593) A Plaine Discovery of the Whole Revelation of St. John

1579 – 1633 grandfather McGee side with strong lineage born in Scotland, was finance manager to King James

Sir John (Count of Mar) Drummond-Стюарт 1362 – 8 November 1402  •  LCVG-54H ​ shows no relationship but too many generations, father of Walter Drummond 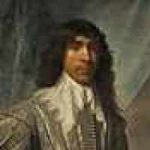 James Hamilton, 1st Duke of Hamilton KG PC, was a Scottish nobleman and influential political and military leader during the Thirty Years’ War and the Wars of the Three Kingdoms. In 1631 Hamilton took over a force of 6,000 men to assist Gustavus Adolphus in the Thirty Years’ War in Germany. James was born in 1606 at Hamilton Palace in Lanarkshire, the son of James, Marquis of Hamilton, and the Lady Ann Cunningham, daughter of James, Earl of Glencairn. Following the death of his insane great-uncle James, Earl of Arran in 1609, the infant was styled Earl of Arran. He now became Charles I’s chief adviser in Scottish affairs. 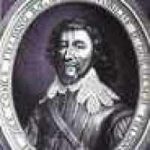 Margaret William Fielding above, 1st Earl of Denbigh  as an English naval officer and courtier. William Feilding was the son of Basil Fielding of Newnham Paddox in Warwickshire, (High Sheriff of Warwickshire in 1612), and of Elizabeth, daughter of Sir Walter Aston (1530–1599) and his wife, Elizabeth (née Leveson). He attended Prince Charles on the Spanish adventure, served as admiral in the unsuccessful Cadiz Expedition in 1625, and commanded the disastrous attempt upon Rochelle in 1628, becoming the same year a member of the Council of war, and in 1633 a Member of the Council of Wales and the Marches. On 3 April 1643 during Rupert’s attack on Birmingham he was wounded and died from the effects on the 8th, being buried at Monks Kirby in Warwickshire. His courage, unselfishness and devotion to duty are much praised by the Edward Hyde, Earl of Clarendon.[2]

24 December 1634 – 18 April 1694 born in Scotland grandfather McGee/Douglas Side was a Scottish nobleman and politician. 1st Earl of Selkirk, Earl of Selkirk who married Duchess of Hamilton and started surname of Douglas-Hamilton. born Lord William Douglas, was the son of William Douglas, 1st Marquess of Douglas and his second wife Lady Mary Gordon. Both he and his wife, Anne Hamilton were 4th Great-Grandchildren of James IV through two of his illegitimate daughters.

Lord William Douglas was created Earl of Selkirk in 1646 at the age of 11. Lord Selkirk married Anne Hamilton, Duchess of Hamilton on April 29, 1656. He was created Duke of Hamilton in 1660 on the petition of his wife, Anne Hamilton, suo jure Duchess of Hamilton (daughter of the 1st Duke), receiving also several of the other Hamilton peerages, but for his life only and on the assumption of the surname Douglas-Hamilton for himself and his descendants. The Hamilton estates had been declared forfeit by Oliver Cromwell after the activities of his wife’s father and uncle in the Wars of the Three Kingdoms, (James 1st Duke of Hamilton was executed in 1643, and William, 2nd Duke of Hamilton died at Worcester in 1651). Selkirk himself had been fined £1000. However the lands were restored by 1657 after much machinations with the Protectorate. William supported Lauderdale in the early stages of his Scottish policy, in which he adopted a moderate attitude towards the Presbyterians, but the two were soon alienated, through the influence of the Countess of Dysart, according to Gilbert Burnet, who spent much time at Hamilton Palace in arranging the Hamilton papers. With other Scottish noblemen who resisted Lauderdale’s measures Hamilton was twice summoned to London to present his case at court, but without obtaining any result. He was dismissed from the Privy Council in 1676, and on a subsequent visit to London, Charles II refused to receive him. On the accession of James II, he received numerous honours, but he was one of the first to enter into communication with the Prince of Orange. He presided over the convention of Edinburgh, summoned at his request, which offered the Scottish crown to William and Mary in March 1689. His death took place at Holyrood on April 18, 1694. His wife survived until April 17, 1716.  his character The character given of him by Bishop Burnet, who knew him well, is that ‘he wanted all sorts of polishing; he was rough and sullen, but candid and sincere. His temper was boisterous, neither fit to submit nor to govern. He was mutinous when out of power and imperious in it. He seemed always to have a regard to justice and the good of his country; but a narrow and selfish temper brought such an habitual madness on him, that he was not capable of designing or undertaking great things’. His nephew, William, Earl of Annandale, writes of him at the time of his death in a similar strain. ‘If his temper, constancy, and good humour had been suitable to his aprts, his loss had been a great deal more sensible to the nation’. He was ‘a cunning man for his own interest, but else his parts indifferent,’ according to Lord Ailesbury, who also alleges that he put into his own pocket large sums paid to him by King Charles II to appease ‘the great discontents of the Highlanders.1’ ” https://en.wikipedia.org/wiki/William_Hamilton,_Duke_of_Hamilton 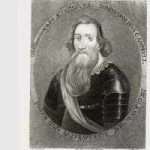 By his wife Helen, third daughter of Colin Campbell, 1st Earl of Argyll, he had six sons and eight daughters :

1579 – 1633 grandfather McGee side with strong lineage born in Scotland, was finance manager to King James