17 September 1595 – 21 March 1617  •  LKF1-HNG Grandmother, Hayley Side
Pocahontas, who adopted the Christian name of Rebecca, married John Rolfe on April 5, 1614 in Jamestown. Rolfe’s longtime friend, Reverend Richard Buck, presided at the wedding. They had one child, Thomas Rolfe, who was born in Virginia on January 30, 1615. her first marriage was to Kocoum Stream they had one child ( Kaokee Powhatan Stream ) she was held Captive by the English during the war with the Powhatan Confederacy taken to England where she married John Rolfe, she Died while on the Ship returning to America. Pocahontas had several children with Kokoum her native American husband before she was kidnapped and imprisoned in Jamestown. Bill Deyo, former president of the Virginia Genealogical Society and current historian of the Potowomeck (Potomac) Indian Tribe. He has written several pamphlets dealing with this subject and is very generous with answering e-mails. My mother-in-law was a descendent of Pocahontas daughter Ke-ochee, Christian name of Jane, and Thomas Pettus.
Previous to her marriage to Rolfe, Pocahontas had been married (very, very young) to Kocoum, a Patawomeck chief (the English called him a “private captaine”) who was killed by the Jamestown settlers when they captured Pocahontas in 1613. They had a daughter, Ka-Okee, who was left behind to be raised by the tribe. Ka-Okee was regarded as Native American royalty and she married the high-born Englishman, Thomas Pettus. https://en.wikipedia.org/wiki/Pocahontas

Kocoum Stream 1st husband of Pocahontas 1590 – 1613  Birth: 1590 King William County Virginia, Apr. 13, 1613  grandfather Hayley side ​Kaokee Powhatan Stream about 1612 – 1704  ​Also Known As Ka Okee Jane  Powhatan Pettus  grandmother Hayley side Pocahonas daughter with Kocoum When Kaokee Powhatan was born in 1612 in Virginia, her father, Kokoum, was 22, and her mother, Matoaka Pocahantas, was 17. She had one brother. She died in Jamestown, Virginia.

side born in Virginia

Chief Cornstalk #3 Young Cornstalk Wind Clan Powhatan 1598 – 1650   LTMK-DHN ​ grandfather Hayley side b/d/ Virginia
In 1616 he went to England with his aunt Matoaka and returned in 1617 with John Rolfe after her death. Un 1618, after the death of Chief Powhatan, he left coastal Virginia with his father and grandmother. In 1635 he inherited the Cornstalk Chieftainship. He married a daughter of the Chalakatha Turkey Clan. Their daughters married powerful Indian traders who established a trading empire in the Southeast as well as Indian leaders: 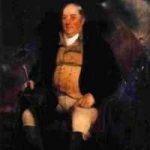 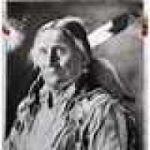 Various historians reference him as the younger brother, half brother or cousin of Chief Powhatan, Opechancanough is most famous for leading assaults on the English settlers in Virginian and for the capture of colonist John Smith. Opechancanough ordered the Great Assaults of 1622 and 1644 (Anglo-Powhatan Wars) which led to the massacre of thousand of English settlers. In 1646 Opechancanough was captured by an expedition of Virginia governor William Berkeley and brought him to Jamestown where approximately two weeks later he was shot and killed by one of the guards. Brother of Chief Powatan (real name Wahunsonacock) When Powatan died in1618, Opechancanough took over. he was much more violent than his brother. in 1622 he invaded Jamestown. Brother Wahunsonacock was the father of Pocahontas. Therefore Princess Nicketti was her cousin.