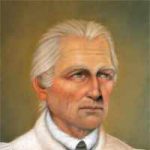 Colonel Andrew Hampton was a native of England, and while a young man emigrated to the Colonies. He first settled in Virginia. Prior to 1751 he emigrated to that portion of North Carolina which later became Tryon County, and settled on Dutchman’s Creek on the Catawba River.  His rise in the military profession was rapid and astonishing.

Father in law of above Col. Hampton, Mimi’s side Johannes Hans Michael Hyder 6 June 1704 – 30 April 1776 Born in Germany. MORE   Hans Michael Hyder was born on June 20, 1707 at Glashuetten, Oberfranken, Bavaria, Germany. He married Katherine Chasteen and they lived in Homburg, Germany, just north of Frankfurt. The Hyder/Hider family had lived in this part of Germany for generations. In 1729,Hans Michael Katherine Hyder went to Rotterdam in the Netherlands. There they caught a ship for America, called the Mortonhouse, on August 17th, 1729.

Haney Family (My Moms Side)

John Wesley Carson 24 May 1763 – February 1823  •  L6WS-8B6  Grandfather Haney Side b/Ireland/D/Georgia plantation owner John served as a Minute Man in the Revolutionary War in the Georgia Militia, Colonel Elijah Clarke’s company. He received a certificate of service from Colonel Elijah E. Clarke on April 3, 1784. He received a refugee’s bounty of land in Georgia, even though he was not a resident of Georgia at the time.